Is Dissociative Identity Disorder a Fad? 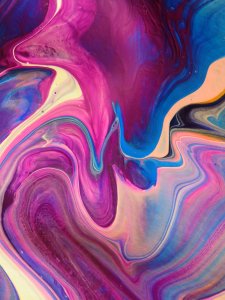 As a therapist who treats Dissociative Identity Disorder (DID), formerly known as Multiple Personality Disorder, I know there is a deep divide in the fields of mental health between people who believe DID is a real disorder and those who believe it doesn’t exist and is schizophrenia or Borderline Personality Disorder (BPD) instead. This is despite the fact that it has been in the DSM, the book of official diagnoses recognized in psychiatry (and by insurance companies) for decades. Some professionals might grudging agree that it is real, but maintain that it is over-diagnosed. Sometimes DID is viewed as a fad. I can see where this might be the case in popular culture. I understand that Youtube and Tik Tok have thriving DID communities and there is a lot of interest in the disorder. But popular interest does not mean the disorder itself is a fad.

Of course, as someone who specializes in treating DID, I suppose I could be accused of being biased. If a mental health professional is open-minded and respectful of the client, I don’t think it’s possible to confuse DID with borderline personality disorder or schizophrenia. It’s only if the professional is unwilling to entertain the disorder actually exists or is not an empathic and safe person for the client with DID to be honest with where DID can be missed. Where I can see it being a fad is if people who are interested in it convince themselves they have it without having an expert verify this. For instance, it is not uncommon for teenagers to “realize” they have DID when a friend announces they have it. This said, I want to be clear that in my experience it is not uncommon for people with DID to find other people who have DID and become friends; I’m taking specifically about people who want to fit in with peers or who want to be a part of what they see as interesting or special and who claim to have DID when they don’t. Those claims hurt the people who truly do have DID.

In terms of diagnosis, I have to say that DID is NOT a fad because so many mental health professionals miss it when it’s in front of them and because so many psychiatrists deny it’s a real condition. As someone who treats DID, I feel that skepticism keenly. If you think about it, the inferences from those people is that therapists like me who do treat DID are ill-informed, are quacks, and are poor at diagnosing. I’m not treating people with DID because it’s a popular thing among therapists. I started treating DID when I couldn’t find anyone to help a person who had it and needed help.

DID occurs in about 1.5% of the population (as common as both forms of bipolar disorder combined). It’s actually not uncommon. It’s highly likely you know someone who has it. We have records of DID going back hundreds of years, although it wasn’t called that at those times, of course. DID has been found in every culture. Some cultures view it as possession by spirits rather than view it as we do. So DID is not something recently thought up or manufactured as a disorder.