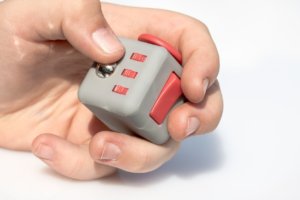 October is ADHD awareness month and I want to address adult ADHD (formerly known as ADD), Attention Deficit/Hyperactivity Disorder. Many people are surprised to learn that adults can have ADHD; there is the misconception that children outgrow ADHD as they mature. What is more likely is that the person either learns to hide their ADHD better, figures out enough coping skills and strategies to hide many of the negative impacts of ADHD, or the person blames him or herself for frequently forgetting things, for failing to have the self-discipline needed to get tasks done, for acting impulsively, etc. Additionally, how ADHD presents in adults can look slightly different when it comes to the “hyperactive” aspect. Adults with ADHD are able to remain seated for a meeting, for example, although they are likely jiggling a pen or moving in some way. Hyperactivity is less common among adults; instead, adults show their ADHD in impulsiveness, and this may not stand out as much to other people. ADHD has three presentations: predominantly inattentive, predominantly hyperactive/impulsive, and combined type.

Although ADHD is often joked about, for those of us who have it, it definitely is not funny and it’s not something we’ve imagined. The statistics are sobering. People with ADHD are more likely to be unemployed, are more likely to be in legal trouble, are more likely to have financial trouble, have a higher divorce rate, and have a higher substance abuse rate than neurotypical people (that is, people who don’t have a neurodevelopmental disorder, sometimes unfortunately referred to as a “normal” brain). ADHD is not an excuse or an imagined disability; it is a real neurodevelopmental disorder. This means the brain is formed and functions slightly differently than the neurotypical brain. Stimulant medications can be very helpful to people with ADHD and, contrary to what one would expect from their name, they actually slow the processing of the ADHD brain down. There are also some non-stimulant prescription drugs for ADHD. Dr. Barkley, a prominent researcher in ADHD, reports that, over the course of years, stimulant use can help the ADHD brain develop better wiring for better functioning that will continue even if the stimulant is discontinued.

Social anxiety is very common among people with ADHD and it makes a lot of sense. Kids with ADHD often have difficulty waiting for their turn in a conversation and might interrupt. Or they are distracted and miss social cues. Frequent missteps and the negative responses from others add up and, over time, people with ADHD begin to dread social interactions, particularly with people they don’t know well already. Social anxiety is something which can be effectively treated in counseling.

One question very common question is: how can I find out if I have ADHD as an adult? Many doctors will not prescribe stimulant ADHD medications without a formal diagnosis. This involves finding a psychologist who offers the testing and undergoing the testing procedure. When I had it done, I met with the psychologist initially and we discussed what gave me reason to believe I have ADHD. He gave me a set of assessments to fill out at home and some for family members to fill out about me. At the second visit, I spent time in front of a computer. The program was, as far as I could tell, designed to be very boring and then tested to see how well I was paying attention. I had to distinguish between different things on the screen, selecting some but not others, and I had to do it quickly. I finished the entire length of the program (apparently many people don’t) but it was only because I became determined that the computer wasn’t going to defeat me. I will say that the time I was doing that testing felt far, far longer than the clock showed. It was rather excruciating. My final session was to review the assessments I filled out and that my family filled out, the testing, and the psychologist’s own findings from our interactions. There was no question: I have ADHD. Insurance paid for the testing but, as you might imagine, if you are paying out of pocket, it adds up quickly.

If you want medication for your ADHD, I recommend seeing a psychiatrist. Psychiatrists specialize in treating brain-related issues and their knowledge usually allows for a much more nuanced approach than a family doctor’s. Some psychiatrists will evaluate you themselves if you don’t bring a letter of formal diagnosis to them and decide if they will treat you. It depends upon the doctor as to whether or not you will have to get testing before they will prescribe ADHD medications for you.

There is no cure for ADHD, but there is help. In addition to the prescription medications, cognitive-behavioral therapy (CBT) has been adapted for application specifically for ADHD issues and has been shown to be quite effective. I offer this time-limited therapy of about a dozen sessions and as someone who has ADHD and whose child has ADHD, I can truly relate to many of your frustrations and experiences. As always, I invite you to contact me for a free, no-obligation consultation. Call or text me at (816) 226-4678. 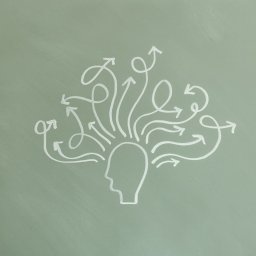 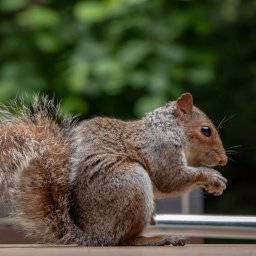 October is ADHD awareness month and in honor of that, I thought I’d highlight adult ADHD. 1. ADHD is highly…